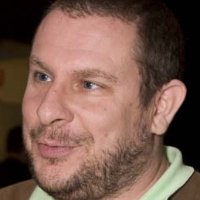 podcasts are created by Onno Benschop. After becoming licensed as a Radio Amateur in December 2010, Onno rekindled his broadcasting spirit when he started to contribute to the weekly amateur radio news in Western Australia. Heard every Sunday across a range of stations, a recurring segment "What use is an F-call?" documented the journey of a fledgling radio ham. Eventually this weekly segment was rebroadcast on the National Wireless Institute of Australia news. The text-edition of that news also contains a transcript of the segment.

At the beginning of 2014 the Linux Conference Australia, LCA was hosted locally in Perth and Onno managed to interview about 50 attendees, both presenters and participants. These interviews were distributed daily across social media and cover topics as far ranging as Disaster Recovery and Rockets, Software Defined Radio, Women in Technology, KVM on PowerPC, TDM, Astronomy and many others.

The Amateur Radio DXpedition team for Amsterdam Island, FT5ZM was in Perth during January 2014 and Onno interviewed most of the team members before the trip as well as on their return. Topics include the planning of such an expedition, the thrill experienced by team members, antenna plans, weather and logistics as well as many personal stories from the team.

In 2015, "What use is an F-call?" was renamed to "Foundations of Amateur Radio" in preparation for distribution to a wider audience, both beyond Amateur Radio and beyond Australia.

As a presenter and producer in community radio stations during the 1990's Onno gained much experience in interviewing people, presenting information and relating to the audience. Starting in 1990 at 6UVSfm, then 92.1 RTR-FM, 990 Information Radio, Curtin Radio 927 6NR, Onno produced many hours of on-air content, including some 1600 radio interviews. Most of those were conducted live for "Online Computing Radio", a nationally syndicated show originating at 6NR and distributed live via the Community Broadcasting Association of Australia satellite network.

In December 2010 Onno was licensed as a radio amateur with callsign VK6FLAB. This lead to broadcasting the news and contributing content. This in turn lead to creating this site which holds some of the on-air content created for various projects.

Onno is a geek who is able to speak about a topic in such a way that the audience can follow what is going on. If you'd like to get in touch, please feel free: cq@vk6flab.com.